Are you doing all you can to attract and retain your HGV drivers? 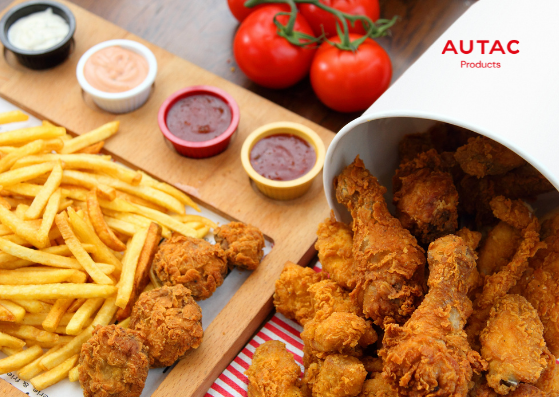 Nando’s have run out of chicken. MacDonald’s can’t supply their milkshakes.

They might sound like First World problems but now there’s an even bigger crisis we simply can’t ignore. There’s talk of a pigs-in-blankets shortage at Christmas!

Seriously though, the HGV driver shortage – which the haulage industry believes could be as high as 100,000 – has brought into sharp focus the critical importance of this sector.

It’s a problem borne of many issues. Mainland European drivers who don’t have access to the correct visas. The back-log in training and testing new drivers as a result of Covid. Driver and factory worker absence due to being pinged by the NHS app. Twice as many drivers retiring as there are joining. The industry’s lack of appeal to women recruits (it’s estimated that only 1-3% of qualified HGV drivers are female). They are significant challenges.

Why drivers look for safety

Like any other industry, new recruits will base their decision on whether to join on factors including salary, welcome bonus, working hours, job security, and flexible working. For the haulage industry, an additional, and important, consideration is safety; not only in terms of lorry park security (is it well-lit? does it have adequate CCTV?) but in terms of the safety of the vehicle itself which, in no small part, is down to the quality of the connecting cables between the cab and the trailer.

Poor-performing cables can have a costly impact. Reduced reliability. Expensive fleet downtime. Poor on-time delivery resulting in customer frustration and financial penalties. They can also cause serious harm or death to the driver or engineer, or to others on the road.

The quality of Autac’s cables starts with robust design. Our investment in SolidWorks CAD software gives the greatest insight yet into 3D imaging and how a cable might look, perform and interact in your chosen environment. Our focus on quality continues through our manufacturing process where our commitment to the Made in Britain ethos means we only ever use the best-in-class raw materials. Our cables – which all adhere to the ISO 9001/2015 quality accreditation – are manufactured in and 100% tested at our site in Macclesfield, Cheshire, under the watchful eye of our expert engineers.

A naturally curious bunch who want to push the boundaries on the possible, we work hard to find new solutions that reduce risk to end users. Knowing that accidents are often related to the coupling and uncoupling of electrical coils, is a key reason why we joined forces with one of the most renowned sliding rail, Euroboom & A-Frame manufacturers in the UK. Similarly, our partnership with  Nexus® Vehicle Systems brings together our high-quality coils with the concept of the Nexus® Trailer Slider which has reduced the need to access the catwalk and therefore significantly decreased the number of accidents.

Read more about our approach to quality here: Quality matters when it comes to cable.

Taking away the frustrations of downtime

Another reason why a new recruit would choose to join – and then stay – in a job, is down to how stress-free and enjoyable it is.

Our work with Culina Group, who run multiple distribution centres across the UK, with over 3,000 trailers, 1,750 vehicles and 9,000 staff, focuses on both improving driver safety and reducing the delays that can cause driver frustration. We did that by creating customised / bespoke products in respective brand colours and reference numbers, allowing for real traceability and ability to track the durability and longevity of each product, significantly reducing downtime and increasing safety as a result. You can read more about the project here: Adding value to coils in Commercial Fleet Vehicles.

Through our commitment to safety and reliability, our cables help your business to stay firmly on course.

Got a question about cable? We'd love to hear from you.